World education leaders appreciated the vision of the Thai Ministry of Education who announced international cooperation, strengthened teaching reform and encouraged teachers to develop Thai learners. Delighted with the results of OECD research for 3 years, it has revealed that children could develop their creative skills unbeaten in the world by skilled Thai teachers.
On Friday 27 September, 2019 at 11.17 am.

World education leaders appreciated the vision of the Thai Ministry of Education who announced international cooperation, strengthened teaching reform and encouraged teachers to develop Thai learners. Delighted with the results of OECD research for 3 years, it has revealed that children could develop their creative skills unbeaten in the world by skilled Thai teachers.

Today (27 Sep), Mr. Natthaphon Thepsuwan, Minister of Education revealed that according to his participation in the international conference on driving creative and analytical thinking skills in schools at an official invitation of the Organization for Economic Co-operation and Development (OECD) and the Equitable Education Fund (EEF), which was responsible for project coordinators in Thailand at National Endowment for Science, Technology and the Arts (NESTA) in London, England. Recently, he described in the topic “Reforming Education System for Innovation” with the Minister of Education, Australia and the Minister of Education, Wales, United Kingdom. There were government representatives, World-class educators, Nobel Prize winning scientists, Senators, artists, and administrators over 200 educational organizations around the world attended in this conference. The Thai government and General Prayuth Chan-ocha, Prime Minister has fully supported the policy of Thai education reform at all levels. They were fully determined to support the work of good projects and plans, which was supported by international organizations such as the Creative Skills Development and Analytical Thinking Project that the Equitable Education Fund (EEF), the Office of the Basic Education Commission (OBEC), and the OECD has been operating for 3 years until being successful today. He wanted to see a plan to expand operations in Thailand in the next step, which still maintained the quality of operations and was able to expand operations at the national level in the near future.

Minister of Education said that he intended to make every school in Thailand where had high-speed Internet for every school. Not only had the school’s executive room, but also there must be a signal to all classrooms, science laboratories and libraries so that all Thai students had equal opportunities to access knowledge and modern technology from around the world.

In addition, teachers and school administrators had full access to tools and approaches to develop teaching and learning processes and develop 21st century skills and English language skills in their schools.

“If schools and teachers needed support to develop the teaching and learning process and the development of learners to be ready for entering the labor market in the future, they should not worry about budgets or finding a knowledgeable speaker. That day, the MOE and the OECD had a clear and continuous cooperation with the world’s leading international organizations such as the OECD. As the Minister of Education, I would bring cooperation from both domestic and foreign agencies to help support Thai teachers who wanted to develop learners to the 21st century fully without having to worry about the budget, ” Mr. Natthaphon said.

The Minister of Education said that the Ministry of Education would cut unnecessary budgets and did not directly benefit students and the teaching and learning of the school in order to support such measures for concrete and sustainable success within the agenda of his ministry.

Reporters reported that, after the lecture by Mr. Natthaphon Thipsuwan, Minister of Education was applauded by over 200 world education leaders participating in this conference. The world education leaders from many countries stood up to show appreciation and comments to Thai Minister of Education such as Professor Barbara Schneider, an expert in educational policy assessment from Michigan State University and Anne Fennell from San Diego Unified School District, United States of America that appreciated the commitment and courage of Thai Ministry of Education who chose the reform of education budget allocation by reducing the budget in projects that did not directly benefit the learning of students. To a high potential project that helped teachers develop learners to be ready for work in the future, it was considered difficult and complicated in many countries. Professor Zemira Mevarech, David Yellin Academic College of Education and Israel Dee Keane, Creativity, Culture and Education from the United Kingdom appreciated the commitment to reform the teacher system of Thai Minister of Education since many countries have chosen to ignore this reform because of political reasons. Moreover, Ryan Gawn from the LEGO Foundation, Denmark said that the determination to support the extension of the project to promote creativity and analytical thinking skills to the national operation of Thai Minister of Education showed the vision and sincerity of the future of children and youth in the world Clearly 21st century. Everyone was ready to fully support the Thai education reform in the future.

Reporters also reported that Dr. Kraiyos Patthrawat as the Deputy Manager for the Equitable Education Fund (EEF) and Dr. Nattha Petthanuu, Director of the PISA Center for Educational Testing Bureau OBEC worked together with representatives from Hungary And Wales, United Kingdom presenting the results of research, development and assessment of creative and analytical thinking skills that has been conducted with the OECD for the past 3 years. It was found that Thai teachers participating in the research project from 110 schools, covering more than 1,500 students could use the tools to promote thinking from the OECD organization at statistically significant levels. Especially the Divergent Thinking skills, both math and science, Thai students have demonstrated outstanding creative development among the top 11 countries participating in the project for 3 years. Importantly, teachers in some educational institutions under OBEC could develop creative skills for poor and underprivileged students until having good development, not inferior to general students.

The results of this study corresponded to the results of the 2015 PISA Examination of the Equitable Education Fund (EEF) that Thailand had many “Resilient Students” whose families were poor but the educational potential is unbeatable in the world.

However, after this, OBEC and the Equitable Education Fund (EEF) have prepared plans to expand the project’s performance in accordance with the policy of the Minister of Education, as well as linking the work with IPST in the fiscal year 2020. Anyone was interested in the project’s performance following detailed information and the official research report from the OECD at research.eef.or.th …

Thank you to the source: https://www.dailynews.co.th/education/733695 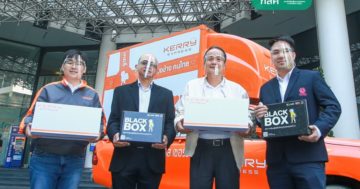 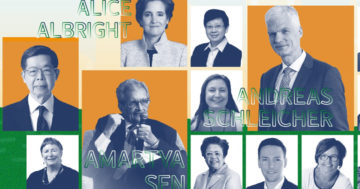 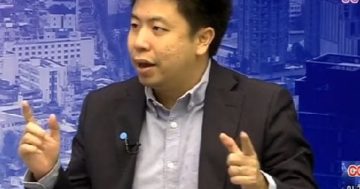 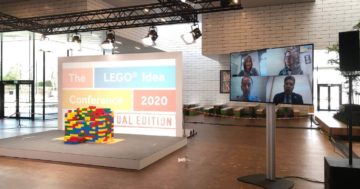